Catholic Foundation for the Separation of Church and State 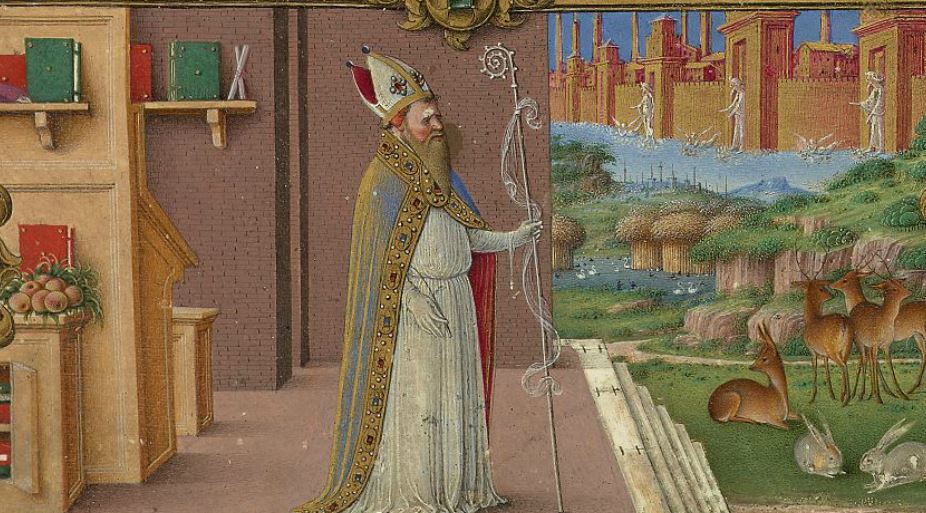 Many Catholics criticize libertarianism as a “spawn” of the Enlightenment, which was in direct opposition to the Catholic Church. They say that separation of church and state is an error and that the Church must be the head of the state. They envision officials using the full force of government to censor, punish, and mold the populace to the morality of the Church. When pressed on whether that means that heretics should be burned at the stake, they’re eerily silent on the matter.

People have confused St. Paul’s and St. Peter’s respect for just authority as being an endorsement for the church-state but most of this sentiment, no doubt, can be traced back to Pope Pius IX’s Syllabus of Errors, No. 55 being: The Church ought to be separated from the State, and the State from the Church.

The reasoning behind this, as he wrote, is that, “for the last few years, a ferocious war on the Church, its institutions and the rights of the Apostolic See has been raging…. Venerable Brothers, it is surprising that in our time such a great war is being waged against the Catholic Church.”

Indeed, Europe had seen a horrific antagonism toward the Church in the century preceding the Syllabus and clearly springing from the Enlightenment. As Dr. James Hitchcock wrote, “The French Revolution relentlessly persecuted the Church in the name of freedom, and various 19th-century governments, notably in France itself, proclaimed liberty even as they tightened the screws on the Church — seizing its property or closing its schools, for example. Thus Pius IX quite accurately saw the liberal governments of his day as sworn enemies of the Church and the rhetoric of religious freedom as a rationalization of persecution. For him to have embraced the principle of religious liberty would have been to surrender to governments whom he knew quite well did not practice what they proclaimed.”

But what Pope Pius IX and his modern disciples fail to realize is that the separation of church and state was not an Enlightenment concept thrust on civilization by the Jacobins. It was established by Christ Himself and bolstered by the Church fathers, namely Augustine in City of God, then subsequently reinforced by the Second Vatican Council in its Decree on Religious Liberty. Ironically, it is the modern concept of a church-state that is actually spawn of the Enlightenment and the cause of the horrors that led to the Syllabus of Errors No. 55.

It is clear that Christ had no qualms about separating the Church and the state. Pope Leo XIII wrote in Arcanum, “No one doubts that Jesus Christ, the Founder of the Church, willed her sacred power to be distinct from the civil power, and each power to be free and unshackled in its own sphere….” Our Lord’s kingdom, as He said it, is “not of this world,” (Jn 18:36) and he often times alludes to the fact that the state is and of right should be separate from the Church. In the famous encounter with the Pharisees, Jesus said to, “Render therefore to Caesar the things that are Caesar’s; and to God, the things that are God’s.” (Mt 22:21) Some may incorrectly take this to mean that Jesus endorsed taxation, but it clearly makes a delineation between the state and the Church.

Furthermore, Jesus did not see the state as a holy enterprise. Yes, he proselytized them, but he lumped tax collectors in with prostitutes as sinners (“tax collectors and prostitutes will get into the kingdom of God before you” (Mt 21:31). He told people to help the poor, not to vote for politicians to steal money from other people to help the poor.

And when Our Lord was tempted by Satan, the Devil offered him “all the kingdoms of the world and their glory.” (Mt 4:8) Satan offered all earthly kingdoms because he owned them. One might rightly say that he still does.

During an empire-wide existential crisis that followed the Vandals’ sack of Rome, St. Augustine wrote City of God, which laid out his two-cities doctrine and the separation of church and state. While he allowed that the state’s divinely appointed existence is to assist and bless humankind, he strongly asserts that there is no just state. He resigns us to the reality that political jurisdictions of this world will never be anything different than they were during his time: corrupt thieves. In Book IV he wrote:

Justice being taken away, then, what are kingdoms but great robberies? For what are robberies themselves, but little kingdoms? The band itself is made up of men; it is ruled by the authority of a prince, it is knit together by the pact of the confederacy; the booty is divided by the law agreed on. If, by the admittance of abandoned men, this evil increases to such a degree that it holds places, fixes abodes, takes possession of cities, and subdues peoples, it assumes the more plainly the name of a kingdom, because the reality is now manifestly conferred on it, not by the removal of covetousness, but by the addition of impunity.

Augustine does see a role for the earthly city, as he calls it, but that it will always be separate from The City of God:

…it has come to pass that the two cities could not have common laws of religion, and that the heavenly city has been compelled in this matter to dissent, and to become obnoxious to those who think differently, and to stand the brunt of their anger and hatred and persecutions…

He makes the case that even if the civil authority (Roman emperor) and the Church authority (Pontiff) were one in the same, that the earthly city would still not become the City of God because citizenship is determined on the individual level.

Augustine understood that we Christians are of this world but meant for another. We should respect the earthly city, but not try to control it. We are called to evangelize but not to force our faith on others through the strong arm of the state.

Despite Pope Pius IX’s apparent disagreement, the Magisterium took another tack and reinforced Augustine’s view in the Decree on Religious Liberty, which states:

This Vatican Council declares that the human person has a right to religious freedom. This freedom means that all men are to be immune from coercion on the part of individuals or of social groups and of any human power, in such wise that no one is to be forced to act in a manner contrary to his own beliefs, whether privately or publicly, whether alone or in association with others, within due limits.

The council further declares that the right to religious freedom has its foundation in the very dignity of the human person as this dignity is known through the revealed word of God and by reason itself.(2) This right of the human person to religious freedom is to be recognized in the constitutional law whereby society is governed and thus it is to become a civil right.

It is in accordance with their dignity as persons-that is, beings endowed with reason and free will and therefore privileged to bear personal responsibility-that all men should be at once impelled by nature and also bound by a moral obligation to seek the truth, especially religious truth. They are also bound to adhere to the truth, once it is known, and to order their whole lives in accord with the demands of truth. However, men cannot discharge these obligations in a manner in keeping with their own nature unless they enjoy immunity from external coercion as well as psychological freedom. Therefore the right to religious freedom has its foundation not in the subjective disposition of the person, but in his very nature. In consequence, the right to this immunity continues to exist even in those who do not live up to their obligation of seeking the truth and adhering to it and the exercise of this right is not to be impeded, provided that just public order be observed.

With this declaration, the Church condemned the atheists that persecuted Catholics after the French Revolution, but also rejected the idea that the Church must impose its morality on others. Faith is a gift from God and a result of free will. It’s impossible to force someone to profess Christ. The Magisterium understands this as did St. Augustine writing in the 5th century AD. The separation of church and state isn’t a spawn of the Enlightenment.

Ironically though, the modern church-state framework is a spawn of the Enlightenment. In Suicide of the West, Jonah Goldberg lays out the theory of the two strains of philosophical thought that stemmed from the Enlightenment. The Lockean strain set the stage for the American Revolution and what he calls the miracle of modern liberal democratic capitalism. The Rousseauean strain led directly to the French Revolution, the Reign of Terror (which prompted the Syllabus of Errors), and to all the modern socialist tyrannies of the 20th century. It is a complete violation of the right to a free conscience and the Catholic principle of subsidiarity, which holds that, “a community of a higher order should not interfere in the internal life of a community of a lower order.” (CCC 1883)

Goldberg quotes Rousseau: “Those who distinguish civil from theological intolerance are, to my mind, mistaken. The two forms are inseparable. It is impossible to live at peace with those we regard as damned: to love them would be to hate God who punishes them: we positively must either claim or torment them.” If you’ve heard any of the modern statist Catholics recently, this will sound familiar.

Goldberg wrote that in this model, “public ‘censors’ and other magistrates would mold and define public opinion and identify ‘unbelievers’ in need of extermination. The state, in other words, had complete authority to improve men’s souls for the greater good. Thus Rousseau sought to eliminate the original division of labor that Christianity had introduced into the West through Saint Augustine. He wanted a new theocracy that closed the space between the religious and the secular.”

Right away Robespierre and the Jacobins took Rousseau’s state model and replaced the religion of God with the religion of the state. The result was countless regimes around the world that thought it reasonable to force their false gods of the state onto the people. The 100 million+ victims of state democide can be attributed to this mindset.

From this history, it is clear that the separation of church and state wasn’t an Enlightenment concept. It was a fact of life in Jesus’s time and that of the Church Fathers. However, the modern church-state in all its anti-Christian horror is. After all, the difference between Louis XIV and Stalin isn’t that Stalin instituted a separation of church and state, it’s that Stalin switched out the Apostolic Church with the church of government and the cult of personality. This bait and switch is inevitable when you taint religion with the coercion of the state.

If one can’t avoid the genetic fallacy or guilt by association fallacy associating the separation of church and state with the dreaded Enlightenment, one would do well to read the Bible or Augustine’s City of God for a better perspective on the subject.