Is it Biblical to Bear Arms? 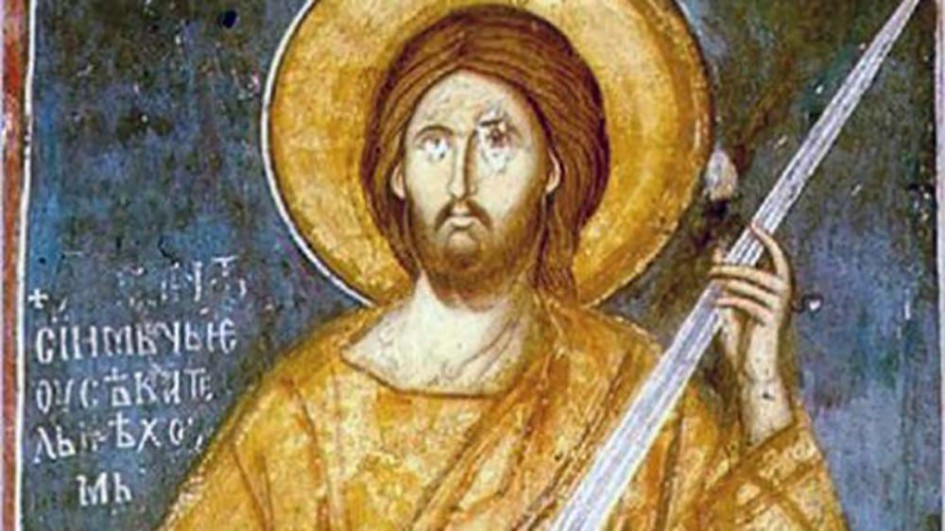 Most of what I see in the way of commentary on political issues as they relate to Christianity as a whole demonstrates very clearly the concept of confirmation bias. People by and large hold to a view and then seek out information to support it, and that which does resonates with them all the easier.

This is the case in Christianity the same as it is in the rest of the world, but within the boundaries of what we call “Christian” it would be nice to see some honest, intellectual, and philosophical discussions being had on political issues. Unfortunately, as we all can see quite plainly, that is rarely the case.

The topic of guns, gun ownership, and the Second Amendment here in America is a perfect example of how much theology is bent around a political ideal rather than the other way around. It is, as they say, a lightning rod of a topic for political division, and most view those who hold a stance in opposition to their own as being wrong at best and heretical at worst.

So is there a way we can cut through all that, apply some good, honest, philosophical analyses to how Catholics should view the topic of guns, gun ownership, and rights related to them? Is it possible to give an honest look at this subject without it turning into a battle between “don’t touch my guns!” and “think of the children!”?

I believe there is, and I would like to show it to you.

The first place Christians should turn is the Church and to the writings She holds as sacred. Now, for me, as an Eastern Orthodox thinker, how I define “Church” may be a bit different than how a Roman Catholic does, but for the sake of this discussion I shall use writings and terms that we can all agree upon. In that regard, it’s important to begin with the New Testament writings.

I have often engaged Christians of various political beliefs on this issue, and inevitably the passage offered by those opposed to gun ownership is that of Peter drawing his sword, cutting off the ear of the servant, and Jesus’s words in response.

“And suddenly, one of those who were with Jesus stretched out his hand and drew his sword, struck the servant of the high priest, and cut off his ear. But Jesus said to him, ‘put your sword in its place, for all who take the sword will perish by the sword”—Matthew 26:51-52 (Orthodox Study Bible).

I cannot tell you how many times I have had that thrown in my face with the follow-up of something akin to, “see! Jesus rebuked Peter for having a sword and using it!” It is as if that is all that needs to be said on the subject.

Unfortunately, there are numerous problems with approaching the text in this manner. Addressing why that is so will offer us an opportunity to look at this in a much deeper sense and open up a number of areas of discussion in the process.

First, the question must be asked—if Jesus thought it was wrong for Peter to carry a sword, why was Peter….carrying a sword while hanging out with Jesus? If He really is and was the Son of God, which I believe He is, don’t you think he could have pointed that out sooner?

Of course the reality is that Jesus was the one who told them to buy a sword in the first place (see: Luke 22:36). The normal response I usually receive to this statement is that His reason for telling them to buy a sword was to fulfill a prophecy, and that his statement in Luke 22: 37 is an indication of that very thing. The reasoning working something like this: Jesus tells disciples to buy swords; disciple has sword, uses it; Jesus then rebukes him for use of said sword and that this was all part of prophecy.

Unfortunately, that makes very little sense for two reasons: one, what else did Jesus tell the disciples to bring along with getting a sword, and two, what did He tell Peter to do with his sword after he cut the servant’s ear off?

On question one, He instructed them to take a money bag and a knapsack. And taken in the context of the passage, it seems straightforward to suggest that He knew His time had come and that their lives were about to change radically—they were going on a journey, and they needed to be ready for it.

To question two, the answer is so often overlooked and yet such a critical part of the discussion here: “put your sword in its place.” Does that mean to throw away the sword and never use it again? Eschew ownership of swords and never carry one? The phrase “in its place” to me indicates very clearly, “put it in the sheath.”

This also resonates with the bigger message here: Jesus wasn’t rebuking Peter for having or using a sword—He was rebuking him for using it at that time and for that reason. Jesus knew that what He was doing was much, much larger than what Peter realized. There was no physical act that the disciples, either individually or collectively, could have done to prevent what was about to take place. It was bigger than they could even imagine.

And it is there that we come to our next point, which can be explained in response to another often-used criticism of gun ownership in a Christian context.

“But Jesus said to turn the other cheek!”

Yes. Yes, He did. And again, context is everything.

What is hugely important to understand here is what the historical research of 1st Century Roman-controlled Palestine has shown us and why that matters. The Jews of this period leading up to Christ’s life were seeking a Messiah. They were anticipating His arrival. We know that.

What is often overlooked, however, is the type of Messiah they were searching for—namely, a warrior king more in the vein of David. They wanted a great leader who would rise up and lead the charge against Rome, thus reinstating Israel as a nation once again.

Why does this matter to our current discussion? Because it helps us bring so much more clarity to the texts mentioned above. If we understand that Jesus was essentially telling people that what they were looking for was a kingdom “not of this world” as they sought a martial revolution, then we can see that axioms such as “turn the other cheek” are not just advice for how to live with your fellow man.

Statements such as these were a refutation of the idea that the Jews should rise up and fight against Rome simply because of how they had been treated by them. It was an indication of how He was different and so much more than what they had been seeking.

But wait, you say. What does all of this have to do with guns and the political discussion surrounding them?

First of all, thanks for asking. Second, it has a lot to do with the topic at hand for various reasons, but I would like to point out two.

The first is obvious and has already been covered. Examining these texts in this manner addresses the claim of those who use them to say Scripture clearly teaches against gun ownership. I argue that it clearly does not, if those passages are your reasons, and my brief treatment of why outlined up to this point should suffice for now.

The second is that we must use this for our basic level of examining all issues—not just guns or drugs or whatever other hot-button political topic comes to mind. If we start with a solid grounding of contextual understanding, it makes it much easier to move forward, which is what we shall do in the next part.