Feminists, What Are You Looking For In A Man? 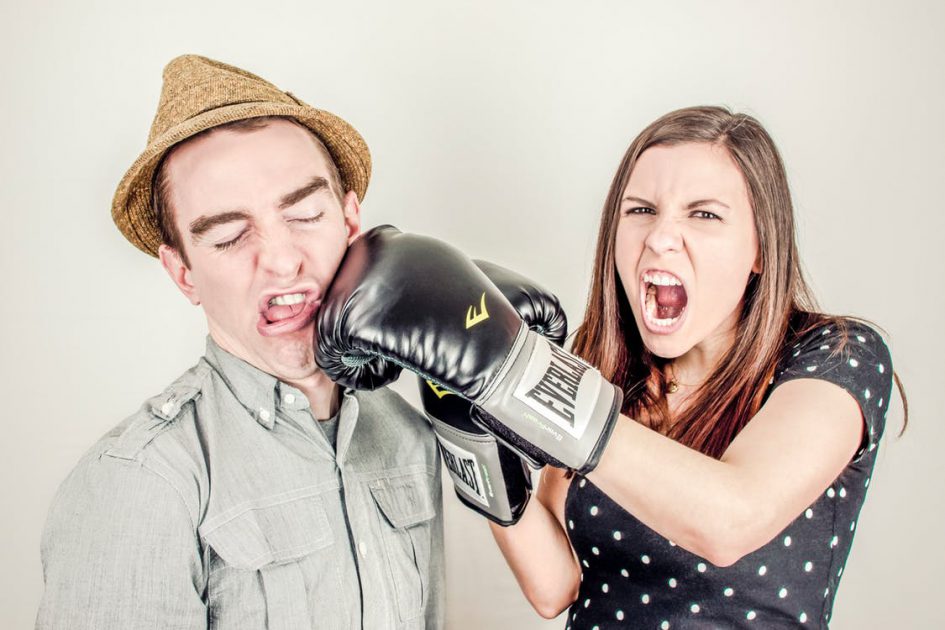 Feminists, I empathize with you. It takes a great deal of courage and vulnerability to trust a man with your heart and body. That is why it is crucial for you to be able to recognize those traits in a man which make him worthy of such trust. Unfortunately, you have been sold a lie that demonizes the virtues of the men you want and frame the traits you are naturally attracted to as misogynistic. As such, you expect men to suppress or eliminate these traits and virtues entirely, lest you deem them an enemy of the sisterhood and an unsuitable mate. Such standards create an expectation of a contradictory male character: One who is confident and brave, yet concedes the argument to any woman who challenges him. One who is caring and protective, but tolerates his partner’s belligerence and/or excessive public displays of sexuality. One who has a strong sense of honor and responsibility, yet has no concern for the chastity of his partner or the fate of his children. In doing so, you render yourself prey to exactly the types of men who adapt to your mental gymnastics in so far as it is necessary to exploit your vulnerability.

A confident and brave man is one who is principled. He has a strong sense of right or wrong, and will speak honestly to those he considers his equals. This includes women. Feminists will often use made up jargon like “mansplaining” to dismiss a man’s argument or claim as a man he is not entitled to an opinion on matters concerning women. Ironically, feminists believe themselves entitled to comment on all aspects of masculinity despite not being men. Would a confident and brave man tolerate such demeaning and insulting treatment, especially from a woman who could potentially be his wife? A healthy, functioning relationship is predicated upon honesty and trust between two partners. Would you want a man you loved to be terrified to express how he really thinks and feels? Or is he only justified in doing so when it does not conflict with your interests? Must he fear you will abandon him the moment he says something in opposition to what you want? A relationship such as this sounds less like a loving bond and more like a hostage situation. Were the sexes reversed, would you tolerate such emotionally abusive behavior from a man?

A confident, brave man expects the same level of respect he gives to women and will walk away without a second thought if such respect is not reciprocated. He will not write a blog or start a hashtag, he will simply distance himself from you, as will all other confident, brave men. Who then is left to pursue you? Perhaps the plethora of male feminists? Yes, the men who do not mind being condescended to and silenced. Men who will tell you whatever you want to hear so long as they can get close to you. Men who will play upon your ego in the hopes that one day you will let your guard down. How could you ever respect a man who does not respect himself? How could you trust a man you compel to speak lies? How can you expect a man, who cannot even stand up to you, to stand up to men who might threaten you or your future children? A confident, brave man will tell you the truth, even at the risk of you walking out of his life. He will wear his heart on his sleeve, because he trusts you not to use it as a weapon against him. He will speak his mind, even at the risk of upsetting you. A man who refuses to challenge you can never inspire you to become more than you are. Are you perfect?

A man’s caring and protective nature is not a weapon to be indiscriminately aimed at all who oppose you. Often you will see feminists cheering on their “male allies” who use intimidation and force to suppress men who say and do things that offend them. Ironically, these same tactics would be considered “toxic masculinity” if employed by men who do not capitulate to their whims. What message does this send to men who wish to pursue you? If I, as a man, wish to gain female affection, I must be a mindless brute who uses force to quell all those who oppose you. Is that the type of man you would want to be alone with in a private sexual encounter? Were I a woman, I would be terrified of a man whose first means of acquiring what he wants is brute force. What kind of children could such a man raise? Would they not adopt the nature of their father through example? There is not a word you could say in protest to their toxic behavior. You, as a woman, saw this brutish man as a suitable husband. You taught him that violence in the pursuit of their desires is not only justified, but would not cut him off from the affections of women either. You have created a new generation of violent men and indoctrinated a new generation of women into believing such men are desirable in so far as they obey you.

While it is important to criticize violent men, it is important to remember that men’s instinct to solve disputes with violence cannot be extinguished entirely. Therefore, women must choose men who they recognize as capable of violence, but only as an answer to violence. This not only contributes to the safety of women, but also inclines future men to follow suit since these are the men women select as husbands. Men are often inclined to demonstrate care for women by protecting them, either from physical force or emotional manipulation. Some might criticize this as an outdated view of masculinity, that women do not need men to protect them at every moment. This is true. You do not need men to protect you at every moment. At the same time, you should surround yourself with men who are capable of doing just that. Observing the nature of these men will help you to discern between them and the men they wish to protect you from. There will always be dangerous men in this world. That is why you must choose a man who can serve as a standard by which you judge the men you associate with.  If you cannot recognize the good in men, you will not be able to recognize the truly evil until it is too late.

The most foundational aspect of long-term relationships is exclusivity. You are putting complete faith in someone with your mind, body, and spirit. In this way, you honor them. It is called a commitment for the very reason that you are dedicating yourself solely to another person. This is especially important when it comes to sexuality. When you dress in revealing clothes, talk about your sexual experiences with friends, and engage in other public sexual behaviors/discussions, you are rendering your commitment superficial. When these aspects of your person are revealed to the world, you take away your man’s perception that you deemed him and only him worthy of your complete vulnerability. Feminists argue this is only an excuse to repress women’s freedom, but if you considered your commitment a prison, why did you commit in the first place? Regardless of your intent, engaging in such behaviors attracts the attention of other men and signals to your husband that he is still in competition with them. If you consider him special, why would you feel the need to display your sexuality to anyone else? The exposure of your body and mind is something that should be reserved for the man who has earned it. If one need not earn it, why should any man see it as special? It hurts a man to know that his wife deems him unworthy of exclusivity. Modesty is a symbol of your love and devotion to your spouse. Women who see it as repression are confessing that they gain greater satisfaction from the attention of other men than they do from making their husband feel special. If you wish to find a man who trusts you enough to commit a lifetime to you, you must show him his commitment will be honored in all your words and deeds.

Speaking of honor, there is much to be said about a man who is pro-abortion, besides the obvious moral objections to such an act. A primary concern that leads most women to get an abortion is the fear that they will be unable to provide for their child alone. A man who is pro-abortion validates this fear, essentially confessing that he would be too useless and/or cowardly for a woman and her child to depend on. The act of bringing a child into this world comes with a host of responsibilities that cannot be easily shouldered by a single parent, which is why most women seek a responsible man who would not abandon her and her child no matter the hardships. They seek a man who would shed blood, sweat and tears for a sense of duty that calls on him to protect and provide for the lives he creates. Could you entrust yourself and your children to a man who absolves himself of all responsibility as a husband or father? If a woman absolves herself of the responsibility of raising a child, she cannot expect anything more of the men who pursue her.

Feminists, you must accept that every value you hold will often come at the cost of another value. Are you willing to tolerate a weak, submissive man so that your worldview goes unchallenged? Are you willing to put yourself at the mercy of a man who might tear you apart, hoping that his gaze will stay fixed on your enemies? Are you willing to jeopardize the stability of your future family for the chance to escape an unexpected responsibility? Please be mindful of these things in your pursuit of a relationship with a man. Your happiness, and quite possibly your life, may depend on it.