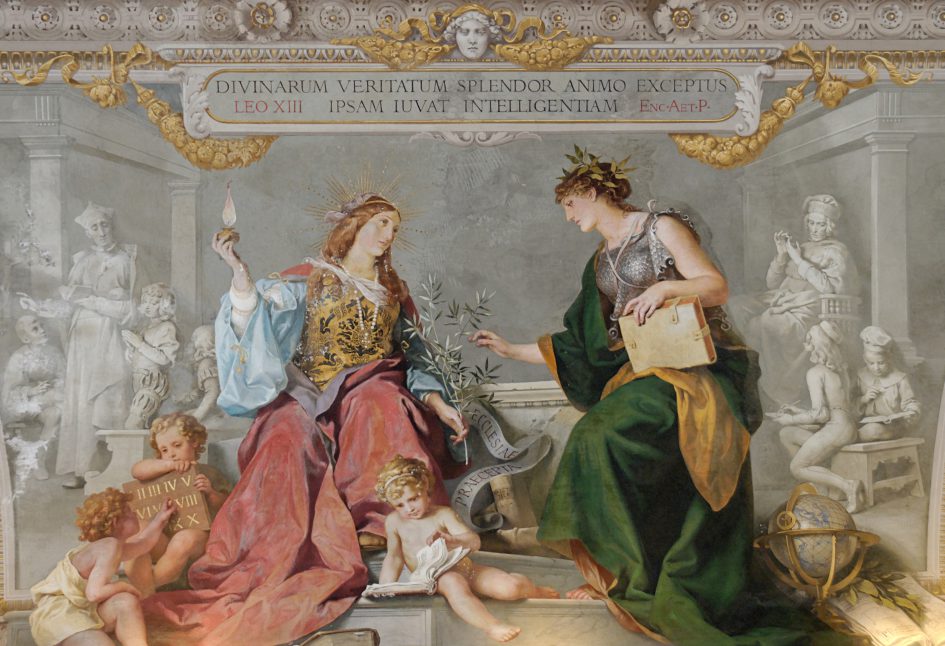 My path has been a long and winding one, with many stops along the way, but as my faith has deepened and the times have changed this two word phrase has best defined my state of being.  What must be recognized, first and foremost, when I call myself a libertarian Catholic I am saying I am a Catholic before I am a political subject.  Once that distinction is established, it may well be said to be a libertarian is to value the most important characteristic that separates us from the animals.  That is to say free will is the primary feature that God breathed into the first man and it is through free will that I may grow more virtuous so as to find my rest.

To be a libertarian and a Catholic is to recognize the former is more fully animated in regarding the latter.  In other words, my Catholicism is not the least dependent upon my libertarianism, but I cannot be a good libertarian without first being a good Catholic.  My journey towards embracing the porcupine was severely hindered by the often shared but nonetheless blundered phrase, “fiscally conservative and socially liberal.”  As it goes, to carry the mantle as a social liberal in the 21st century is to accept many propositions that the circle of my politics cannot square with the fundamentals of my faith.  It also means to embrace a shortsighted and terribly weak theology that champions a false equivalence between freedom and liberty.

To understand how liberty and freedom differ one must realize the latter is greater than the former.  The founding fathers set up a system which valued liberty from the oppressive mechanisms of a centralized government so its citizens may pursue the freedom endowed to us by our Creator.  That we may live in such a way, free of government intrusion, is contingent on the individual’s willingness to self-govern.  The pursuit of a freedom unmolested by government intervention was believed to be manifest through each citizen’s participation in their communities, churches, and family.  This is why John Adam’s said, “We have no government armed with power capable of contending with human passions unbridled by morality and religion. . . Our Constitution was made only for a moral and religious people. It is wholly inadequate to the government of any other.”

Liberty detached from this conception will inevitably devolve into tyranny through the oppressive nature of unrestrained human passions.  It is no accident that our social institutions weaken as our libertine fixations become a matter of human rights in direct relation to the scope of government expansion.  One mustn’t look far to see such examples.  In Colorado, a cake baker is fighting big brother for the right to freely choose what type of religious ceremony with which he wishes to associate.  In California, crisis pregnancy centers are being legally mandated to endorse abortion as an option for their clients.  In Canada, religious doctors and hospitals are finding the task of conscientious objection to physician assisted suicide increasingly burdensome.  As a much smarter man than I, Nicolas Gomez Davila, once wrote: “Dying societies accumulate laws like dying men accumulate remedies.”  The sickness of the social order can be seen in the increase of laws to regulate man’s behavior.

To say I am a libertarian is to say that I value the rights of the individual as the highest expression of civil society, and they can only be achieved through liberty.  To say I am Catholic is to say that I am on a journey to discover the only true freedom available to mankind through Jesus Christ.  To say I am a libertarian Catholic is to say that I admit I cannot discover this freedom in Christ without the freedom to make my own choices.  However, it is not to say I am socially liberal and fiscally conservative.  No, I reject that premise on the grounds it endows the federal government with god-like authority over my life, and I already serve one Master.

I am Mike, and I am a Catholic Libertarian.  It is nice to meet you.