Pope Francis Gets Everything Wrong in Push For Global Wealth Redistribution 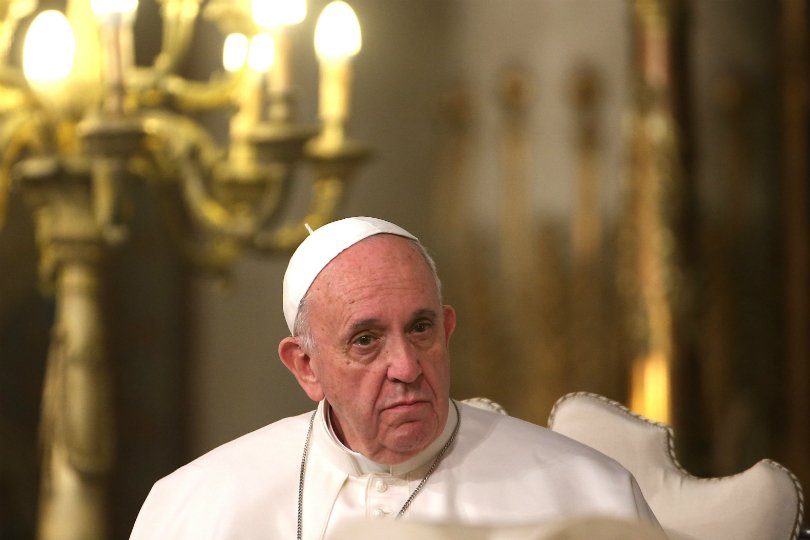 In a speech to the Pontifical Academy of Social Sciences, Pope Francis called for global wealth redistribution through taxation as a way to fight social injustice.

Throughout the speech, the Pontiff made several claims that fly in the face of sound economic data and even Christian theology.

Pope Francis begins with a “fact”: “The world is rich and yet the poor increase around us.”

This claim is simply not true. In 1990, 36 percent of the world (1.9 billion people) lived on $1.90 a day or what the World Bank considers extreme poverty. Today, less than 10 percent of the world’s population lives on that amount. That’s a much smaller percentage and a smaller number (780 million). The amount of poor people is decreasing according to the data.

Much of this decrease in poverty was caused by the increase in free market principles in China and India, which accounted for the majority of declines:

Sub-Saharan Africa, on the other hand, has actually increased its extreme poverty and that’s mainly due to the fact that they lag in economic reform and market liberalization.

Despite these clear economic data, Pope Francis calls for decreased market liberalization and more central control. Extreme poverty is caused by tax cuts for the richest people, he said.

Sin structures today include repeated tax cuts for the richest people, often justified in the name of investment and development; tax havens for private and corporate profits; and, of course, the possibility of corruption by some of the largest companies in the world, not a few times in tune with some ruling political sector.

The implied solution, then, is for government to tax the wealthy more and use the added funds to fight social injustices. But, again, the data disagree with Pope Francis.

In the US, the top marginal tax rate has decreased from 90% in 1950 to under 30% in the late ’80s and to 40% today. Total net federal tax revenue (as a percentage of GDP) did not decrease over that time however:

And this isn’t because the federal government has increased taxes on the middle class to make up for the lower rate of the wealthiest. The share of income taxes paid by the top 1% has increased as their rate has gone down:

And regardless of the tax rate for the wealthy, government redistribution isn’t effective in reducing poverty. Some have claimed that the aforementioned reduction in poverty was caused by the increase in social welfare in the West, but as Johan Norberg explains, that is fallacious:

Poverty in the US was plummeting until Johnson declared war on it, at which point the rate leveled off.

And governmental wealth redistribution has had perverse effects on incentives:

The expanding availability of antipoverty transfers has devastated the work effort of poor and lower-middle income families. By 1975 the lowest-earning fifth of families had 24.8% more families with a prime-work age head and no one working than did their middle-income peers. By 2015 this differential had risen to 37.1%…The War on Poverty has increased dependency and failed in its primary effort to bring poor people into the mainstream of America’s economy and communal life. Government programs replaced deprivation with idleness, stifling human flourishing. It happened just as President Franklin Roosevelt said it would: “The lessons of history,” he said in 1935, “show conclusively that continued dependency upon relief induces a spiritual and moral disintegration fundamentally destructive to the national fiber.”

Government wealth redistribution has also had other unforeseen consequences. In a study published in Focus, Erol Ricketts found that black families had higher marriage rates than white counterparts from 1890-1950 in the United States, dispelling the theory that the lasting effects of slavery led to high single-motherhood among blacks. What caused the shift was the perverse incentives brought about by Great Society social welfare programs.

More troubling than any of that, Pope Francis unwittingly makes the case for universal poverty in his argument for economic justice. He said, “There is no determinism that condemns us to universal inequity. Let me repeat: we are not doomed to universal inequity. ” But Our Lord said, “you always have the poor with you.” Mt 26:11 So if we always have poor, but, thanks to government wealth redistribution, we no longer have inequality, that means that we will all be equally poor.

Inequality is not the boogie man that socialists make it out to be as Margaret Thatcher pointedly demonstrated in the ’80s: