The Church Has Abandoned Her Flock 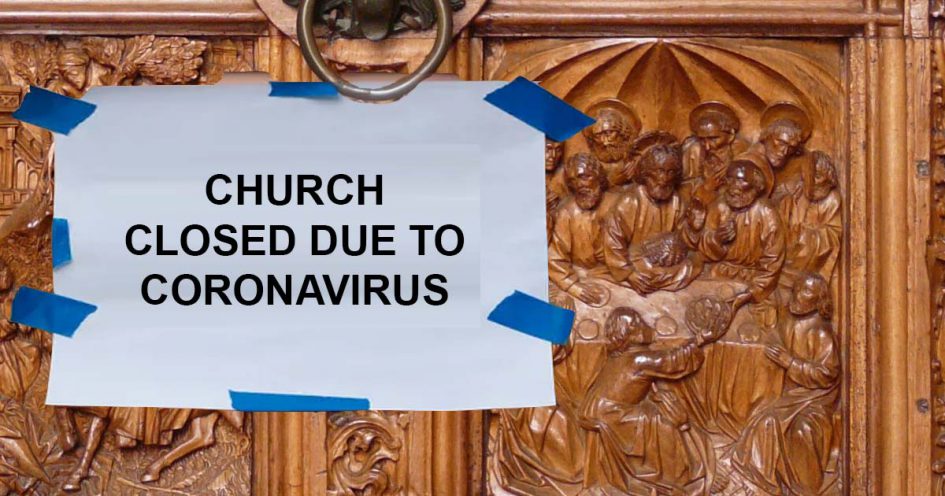 One of the clearest instructions the first Pope received from Our Lord was to “feed my sheep,” yet at a time of confusion and despair when the flock is in desperate need of the graces that come from Holy Communion, where is the Church?

Some priests are certainly doing their part to communicate and help the homebound faithful make the most of this Eucharistic desert. But, thanks to the unconstitutional government restrictions and sycophantic bishops, none are celebrating public Mass during the pinnacle of the Church on the feast of the Resurrection.

The Church has abandoned Her flock.

We can still go to Walmart and worship at the altar of consumerism, but we can’t congregate at church and worship at the altar of God during transubstantiation. You can go to a crowded grocery store but you can’t go to church. Well, as Our Lord Jesus Christ said, “It is written, ‘Man shall not live by bread alone…'” (Mt 4:4) We need the bread of Angels more than we need the bread of man.

Even if you still believe the COVID-19 pandemic to be as bad as the early predictions (which have been dramatically modified to make it look more like a bad flu season), there are ways to fulfill the mission set forth by Christ.

Churches were closed during the 1917 Spanish flu pandemic but outdoor masses were held. Even during the 17th century plague, priests were able to provide “assistance from a distance:”

In 1575, St. Charles Borromeo closed the churches of Milan during the plague but he sent out his priests into the streets to minister the sacraments to the people. Out of concern for the health of his priests, he urged them to caution and prudence but he himself, the archbishop, ministered to the sickest patients.

Our local shepherds are doing nothing. They’re not holding outdoor Masses—not even holding home Masses. They’re closing adoration chapels and, while our local parish is allowing people to at least enter the building, they ironically roped off about 80 percent of the church to make sure “people stay a safe distance from each other.” How does that make any sense? Confession is being held but only during a short time and if you’re not there to line up with everyone, it will be too late. The archdiocese is not doing baptisms. Last rights are being denied to people leaving this world.

To put it succinctly, this lockdown is disastrous for the faithful. I can’t imagine how bad this is for the lukewarm believers. As a parent of four impressionable children, the shutdown is making the body and blood of Christ appear optional.

There is a reason that weekly Mass is an obligation. There is a reason why we take Communion at least once a week. It is our little piece of Heaven on Earth and we desperately need the graces that accompany the Eucharist. Our souls depend on it. Unfortunately, spiritual communion doesn’t cut it. Staying the “f” at home and watching Mass online doesn’t cut it.

When Christ instituted the papacy, He said, “you are Peter, and on this rock I will build my church, and the powers of death shall not prevail against it.” (Mt 16:18) Am I to believe that Christ wasn’t considering coronavirus when he said this?

Not a chance. Christ knew this would come and He knew that some would lay down and simply roll over. He also knew that there were good solid bishops and priests that would be willing to do what they were called to do and feed His sheep. Where are you servants of God? Your sheep are starving.

Truly, truly, I say to you, when you were young, you girded yourself and walked where you would; but when you are old, you will stretch out your hands, and another will gird you and carry you where you do not wish to go.”