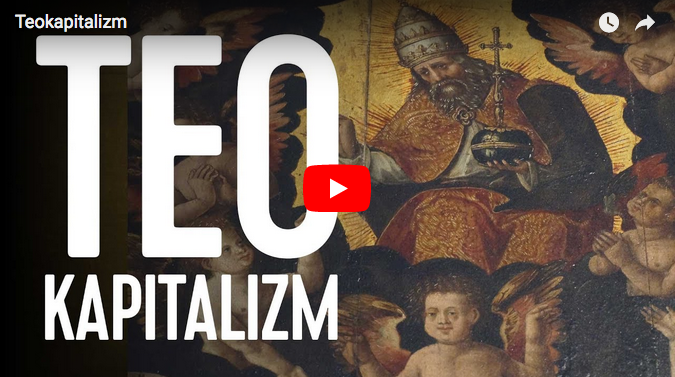 Jordan Peterson in his lecture “Introduction to the idea of God” describes Nietzsche’s view on the medieval Europe in the following way:

“Nietzsche said that he did not believe that the scientific revolution would have ever got off the ground if it hadn’t been for Christianity and more specifically, for Catholicism because he believed that over the course of, really, a thousand years the European mind, so to speak, had to train itself to interpret everything that was known within a single, coherent framework. Coherent if you accept the initial axioms. So Nietzsche believed that that Catholicization of the phenomena of life and of history produced the kind of mind that was then capable of transcending its dogmatic foundations and then concentrating on something else which in this particular case, happened to be the natural world.” “Introduction to the idea of God”

Catholicism created a coherent framework of interpretation. That was a key factor that ignited the growth of western civilization. Europeans managed to stave off the dangers of relativism with its subjective interpretations of good and evil that usually lead to many contradictory worldviews, social tensions and finally to degeneration of social fabric. As Jordan Peterson said:

“….When I started looking at the role that belief systems played in regulating psychological and social health. You can tell that they do that because of how upset people get if you challenge their belief systems. It’s like why the hell do they care, exactly? What difference does it make if all of your ideological axioms are 100% correct? People get unbelievably upset when you poke them in the axioms, so to speak. And it isn’t by any stretch of the imagination obvious why. But it’s like there’s a truth that they’re standing on.” “Introduction to the idea of God”

The form of capitalism that took shape in medieval Europe distinguished itself from today’s market conditions with a high degree of freedom and decentralization of political power because of the fact, that the actions taken by an individual were in big part optimised by the Catholic value system. This reduced the need of using coercion in form of state intervention in order to keep the individuals behave properly.

Modern capitalism based on the central power of the state is a consequence of departing from objective truth. It is a pathological way of keeping a coherent social structure by means of coercion. In it there is a growing need for pagan ritual of sacrifice that is based on arbitrary victimisation of individuals. It is a tragic attempt to alleviate the growing feeling of hatred stemming from ideological differences in our current society (as it already took place in Nazi Germany with extermination of Jews).

Capitalism that is based on an objectified reality is different from a narrower definition of free market capitalism because it is in big part based on a universal interpretation of good and evil. Human action in such system Catholic Church defines by means of Participating Theonomy. In words of John Paul II:

“The righteous autonomy of practical mind means, that a man has inside of him his own right, given by God. But autonomy of mind cannot mean creation by his/her mind values and moral norms. If this autonomy led to the negation of practical participation of mind in God’s wisdom, or if it were to allow the creation of moral norms, dependent only on historical circumstances or on needs of society or culture, then this autonomy would contradict the truth about man that Church teaches about. It would mean the death of true freedom.”

“Some are right about theonomy or participating theonomy because voluntary obedience of man to the God’s law implies real participation of mind and will of man in God’s wisdom. Making it forbidden for the man to eat from the tree of good and evil God implies that man does not have this knowledge from the very beginning but has only part in it because of light of natural mind and God’s Revelation…” “Veritatis Splendor”

Looking through the lens of anthropology, the notion of theonomy is based on correctly assumed hierarchy structure, on top of which there is a finely articulated concept of the ideal. In words of Jordan Peterson:

“Imagine you are a chimpanzee and on top of your society, there is an important individual that represents power. (…) then you can make an abstraction of the power means and divorce this concept form a person. We had to do it in certain moment because we can say ‘power’ in human context and we know what this means but it is divorced from any physical shape.” “Introduction to the idea of God”

Such hierarchy structure solves the ever repeating problem of a tyrannical ruler that wants to abuse political power for his own benefits. In some circumstances, the concept of God the King sitting on top of the dominance hierarchy allows for total eradication of political power. A quote from the Book of Samuel is an example of how easy humanity used to turn away from this divine hierarchy what usually coincided with the enslavement of the entire nation:

“But when they said, “Give us a king to lead us,” this displeased Samuel; so he prayed to the Lord.  And the Lord told him: “Listen to all that the people are saying to you; it is not you they have rejected, but they have rejected me as their king.  As they have done from the day I brought them up out of Egypt until this day, forsaking me and serving other gods, so they are doing to you.  Now listen to them; but warn them solemnly and let them know what the king who will reign over them will claim as his rights. Samuel told all the words of the Lord to the people who were asking him for a king. He said, “This is what the king who will reign over you will claim as his rights: He will take your sons and make them serve with his chariots and horses, and they will run in front of his chariots…” 1 Samuel 8:6–12

History teaches us that after the fall of man the state of total objectification of reality is very difficult to achieve because of the burden of the Original Sin.  But capitalistic society that took shape in middle Ages reminds us that pursuit of truth by means of Christian sacrifice is indeed successful in helping us to transcend the limitations of sin. True capitalism based on truth is now at hand if we only decide not to shut the door in God’s face.