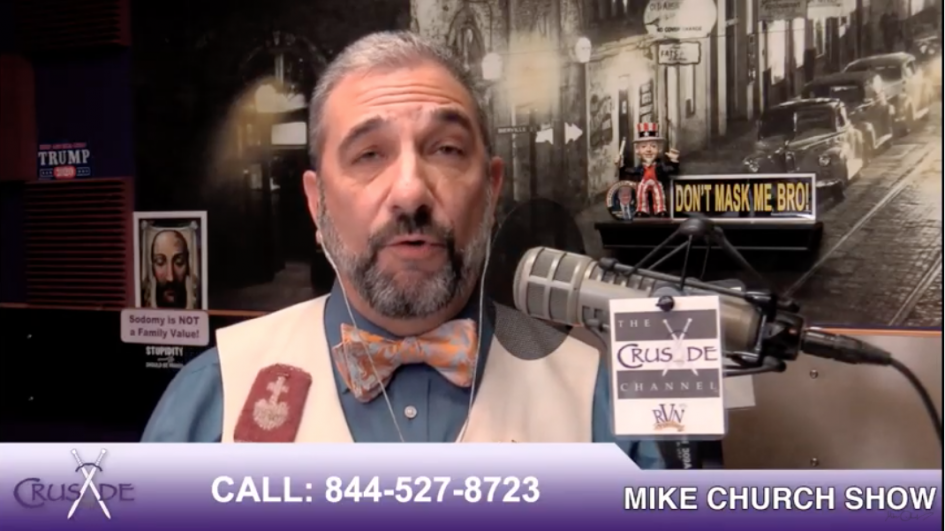 LOUISIANA—A Catholic radio host and outspoken critic of the COVID-19 lockdown measures, Mike Church, has been approached by the ATF regarding an alleged crime in 1986.

While I was at work today a pair of ATF agents showed up at my home to talk to me about confiscating my recently purchased from an FFL, Walther P22 because the FBI told them I am now a “prohibited” under the Brady Bill and can NEVER own a firearm again – but that can’t be because my alleged “crime” was discharged in 1986 and the 1993 enacted Brady Act SPECIFICALLY ordered to begin the NICS with “case dispositions in computerized criminal history files for all cases in which there has been an event of activity within the last 5 years…”. My last “activity” was in 1987, beyond the scope & plain language of the Brady Bill. The same FBI also passed me through the NCIS in 2012 for a firearm purchase from the same merchant.

Church said implied that he may be being targeted by the Louisiana government for his open criticism of Governor John Bel Edwards’s COVID-19 response.

Is it a coincidence this fictitious “crime” comes 4 days after my letter to Louisiana Governor John Bel Edwards informing him & all who care to know the Truth, of the actual facts of how a “case” of Covid19 occurs and other facts he & the rest of the U.S. governor’s seem immune to? That letter is but the coda to a very long, 15 month long defense of President Trump from malicious and patently false charges in the Russia probe, the Impeachment, the UkraineGate and his correct moves against the Wuhan Virus re: Hydroxychloriquine, the Epstein pedo-cabal, the upcoming vaccination mandate and much more.

The incident comes at a time of heightened tensions regarding COVID-19 in which tech and media giants have worked to censor videos of frontline doctors contradicting the official government position on lockdowns, school closures, and treatments such as hydroxychloroquine. Church has promoted the doctors in the face of the censorship.