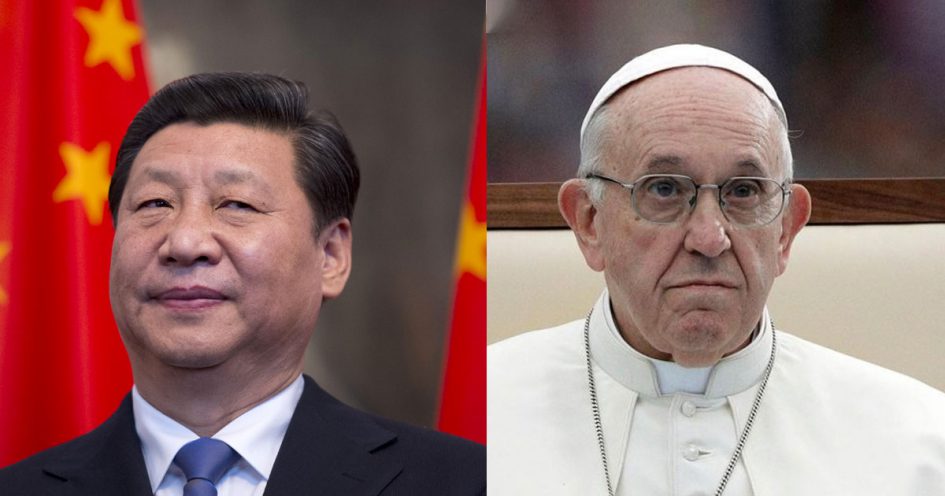 “The Chinese Communist Party allocates 2 billion US dollars each year” to gain influence over the Vatican’s internal policy making and to pay for its silence on the CCP’s repression of religious freedom, said the controversial billionaire whistleblower.

On 22 September 2018, China and the Vatican signed a historic agreement concerning the appointment of bishops in China. By this agreement the Chinese government also recognizes the pope as head of China’s Catholics. China’s foreign ministry said in a statement that the agreement also works to maintain communications and to improve relations between both sides. However, it does not establish diplomatic relations between the Vatican and China.

The Vatican currently has diplomatic ties to the Republic of China (Taiwan), which the People’s Republic of China does not recognize. Vatican spokesman Greg Burke, speaking in Lithuania, described the agreement as “not political but pastoral, allowing the faithful to have bishops who are in communion with Rome but at the same time recognized by Chinese authorities.”

Church Militant is now reporting that defrocked Cardinal McCarrick played a role in the China-Vatican connection:

While the agreement stated that China will recommend the Bishops before they are appointed by the pope, it also stipulates that the pope has authority to veto any Bishop which China recommends. Pope Francis then approved seven bishops who had been appointed by Beijing, after withdrawing church censures against them and also against one recently deceased bishop who had received episcopal consecration without papal approval.

On 23 September, the state-recognized Catholic Church in China pledged to remain loyal to the Chinese Communist Party. Pope Francis’s reflection on the agreement came out in the Message of Pope Francis to the Catholics of China and to the Universal Church on 26 September 2018.

On 26 October 2018, AsiaNews reported that despite the agreement, the Chinese government decided to continue including the Catholic Church in its religious crackdown and destroyed two Marian shrines, one of which was located in Shanxi and the other located in Guizhou.