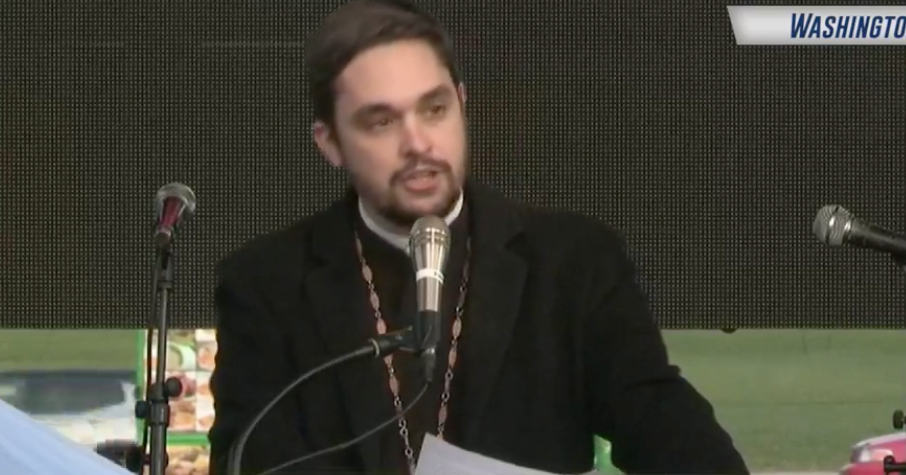 The Vaccine Injury Epidemic (VIE) event held November 14, 2019 in Washington DC brought together various experts, physicians, and parents to speak out on the epidemic of vaccine-related injury.

One of the most impassioned speeches came from Fr. Copenhagen of Rochester, NY, who spoke of the moral implications of using several vaccines containing cell lines derived from aborted babies.

Fr. Copenhagen lays down the law in his speech:

He notes the document often used to justify the use of these vaccines by unwitting Catholics but makes it clear there are conditions attached:

He addresses Catholics in a statement that could apply to many medical wrongs that are occurring today:

“If you don’t put what is right before what is convenient, you are going to wake up in a nightmare where a gruesome medical dictatorship is the only religion allowed.”

He also goes on to condemn Catholic politicians who advocate immoral medical practice: “Stop persecuting the Church into which you were baptized!”

It is rare and great to see such a passionate priest profess the truth of the faith in a secular forum without pandering. God bless Fr. Copenhagen!

Many have dispelled the moral component to vaccines developed with fetal cell lines. Catholic bioethicist Dr. Theresa Deisher explains how these vaccines also pose a serious health risk and may contribute to the skyrocketing autoimmune disease rates in the US and West: OPEN LETTER FROM DR. THERESA DEISHER TO LEGISLATORS REGARDING FETAL CELL DNA IN VACCINES