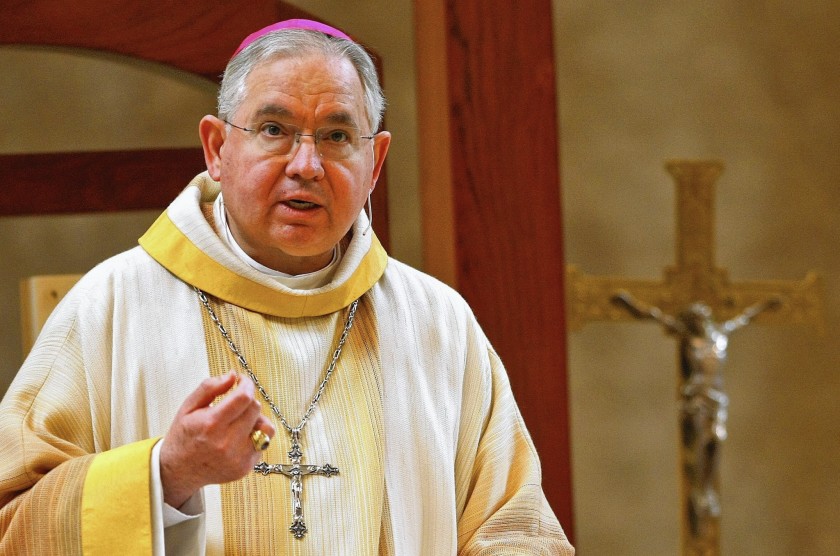 The United States Conference of Catholic Bishops (USCCB) has elected Los Angeles Archbishop José Horacio Gómez as President. Gómez, the Archbishop of Los Angeles, succeeds Cardinal Daniel DiNardo for whom he served as vice-president over the past three years. He was elected by an overwhelming majority of 176 votes during the first ballot and received an immediate standing ovation from the bishops present in the grand ballroom of the Marriot Waterfront Hotel.

Bornin Monterrey, Mexico, Gómez was ordained a priest of Opus Dei by Cardinal Franz König at the Shrine of Torreciudad in Spain on August 15, 1978. On January 23, 2001, Pope John Paul II appointed Gómez auxiliary bishop of the Archdiocese of Denver and titular bishop of Belali. He received his episcopal consecration on March 26 from Archbishop Charles J. Chaput, O.F.M. Cap.

Gómez’s record offers some hope in leadership for the Conference in the next three years.

During his tenure in San Antonio, he disbanded the chancery’s Justice and Peace Commission after its members expressed their opposition to his support of a state constitutional amendment that banned same-sex marriage. During the 2008 presidential election, he publicly expressed concern when St. Mary’s University, the oldest Catholic university in Texas, allowed pro-choice candidate Hillary Clinton to hold a campaign event on campus. He also voiced concerns when another Catholic university, Our Lady of the Lake University, allowed a high-profile nun who some claim supports female ordination to be a keynote speaker at an event. He welcomed Summorum Pontificum, which granted greater freedom to the Tridentine Mass, saying it would preserve “the rich heritage and legacy of the Church”.

While he served as archbishop of Los Angeles, On January 31, 2013, Gómez stated that his predecessor Cardinal Roger Mahony would “no longer have any administrative or public duties” for the Los Angeles Archdiocese. The announcement came as Gómez unveiled its files related to clergy sexual abuse. He said: “I find these files to be brutal and painful reading. The behavior described in these files is terribly sad and evil. There is no excuse, no explaining away what happened to these children. The priests involved had the duty to be their spiritual fathers and they failed. We need to acknowledge that terrible failure today.”

“During and after the 2017 Congress, I spoke with representatives of the LA Archdiocese, including Archbishop Gomez and told them about my concerns,” Sciambra told LifeSite. “Yet, this year, they inexplicably invited probably the most controversial speaker in the Catholic Church on the topic of homosexuality: James Martin, S.J.”

Given his mixed history, it remains to be seen whether Gómez will be business as usual or he will help make the USCCB Catholic again.