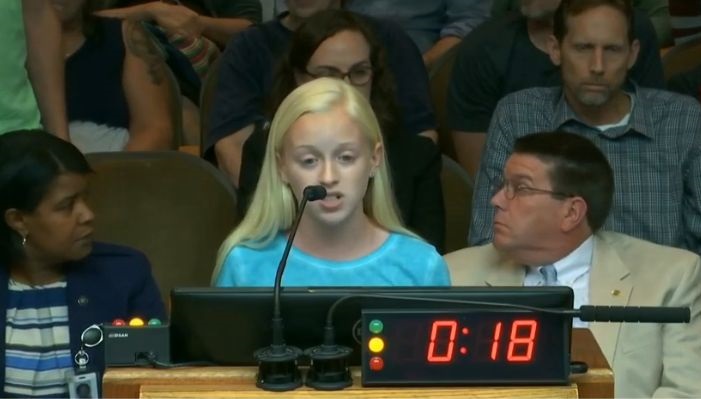 Addison Woosley, 13, joined a number of pro-life advocates on June 4 in urging the Raleigh City Council to adopt a resolution making it a “sanctuary city for the unborn.” In her speech, she compared abortion to slavery, which caused several abortion advocates to heckle her:

“Abortion reminds me of slavery,” she said. “Owners said that their slaves were their property and they could do whatever they wanted with them.”

“Are you choosing to be like the plantation owner flogging the little black child?,” she said. “Or are you going to protest even if it is going to cost you your life like Martin Luther King Jr?”

The triggered abortion advocates began to heckle the girl:

“Y’all are so disrespectful,” a woman in the audience shouted at Woosley. “Let black people speak for black people when we are in the room. We can speak for ourselves.”

“You are a black man,” she said directing her comments to Mayor Pro Tem Corey Branch. “You need to stand up and recognize.”