Neither Rules Nor Authority Are the Problem 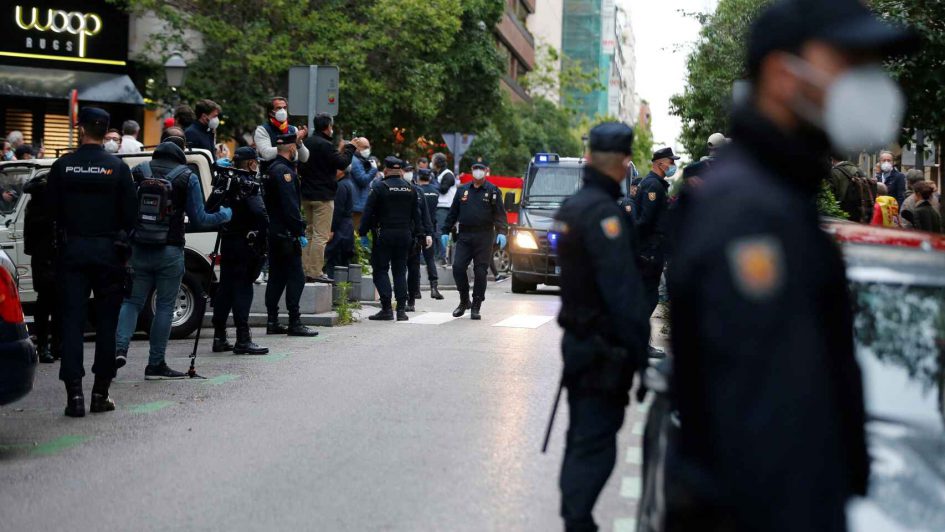 This article was originally published in Spanish at Religión en Libertad

Under the pretext of the coronavirus pandemic, countries like my native Spain are undergoing a concerning situation. Governments are imposing strict measures to control the population and limit the spread of the disease.

This has included stay-at-home and social distancing orders and, in some cases, gone as far as censorship of social and other media.

Around the world, protesters took to the streets to demand freedom. Anti-lockdown demonstrations erupted in Texas, Brazil, my native Spain and around Europe.

The purpose of these protests are to bolster of social sovereignty in order to achieve an active and vigilant society, which requires questioning political power (statism). And this is good.

But we should be careful not to throw the baby out with the bathwater. so to speak. The root problem during the coronavirus reaction does not stem from authority and the rule of law per se, which are essential in a natural order. The problem comes from revolution from that natural order and a misplaced authority of the state.

The State of Revolution

The French Revolution involved the creation of the modern State as in the germination of secularism, intolerant laicism, Freemasonry, socialism and communism.

As Austrian-Hungarian political scientist Erik von Kuehnelt-Leddihn said, the French Revolution was the “source of all evil” whilst the following revolutionary phases have rounded off what was “previously sowed”.

For that reason, Marxist theories set the basis for the most absolute economic egalitarianism, apart from the centralized control of production and distribution means.

At the same time, after the fall of the Iron Curtain, the cultural way was seriously addressed. It is regarded as the starting point in order to achieve an atheistic artificial order with a totally strangled society.

Taking into account that criteria—based on Antonio Gramsci and Simone de Beauvoir theories—and the cooperation of entities like the United Nations, the European Union, the Open Society, and certain economical-financial elites, the way for “new trends” is paved.

Besides, I am convinced that COVID-19, a result of human actions of a Chinese communist tyranny laboratory, is being used to advance in the revolutionary process.

A “collective hysteria” has been generated. It has been easier because society has renounced progressively to Divine Providence. Secularism is sweeping whilst we are under a crisis of principles that leads us to lose the hope.

The New World Order (NWO) has a defined agenda. It strives for a cashless society, the enforcement of central banking, and the transition from nation-states to the single global state.

Simultaneously, governments are increasing their scope of intervention in the economy, pushing the catastrophic interventionist mistakes such as Keynesianism: more artificial credit, more regulations, higher debt, and more spending.

Therefore, is should not be surprising that here in Spain, the dictator Pedro Sánchez, who is by many estimates more dangerous than General Francisco Franco and is proud of the reenactment of the Popular Front, advances in his anti-liberty and globalist agenda.

Spain is not an exception in the consolidation of a police state, apart from taking advantage of the situation to enforce central power, undertake economic sectors and force some ideological advances.

None of this is detached from the problematic and expansive tendency of what I understood as state (revolutionary artificial entity) despite the fact that some governors are not really bad.

Return to the Natural Order

Regardless I oppose to the abstraction in question, which is a subversion mean of divine natural order, we should not act against authority principles and rules per se.

Revolutionaries have always refused the many positive examples of authority: parental, docent, eclesiastic, family, divine… That is the reason of their egalitarian obsession.

In addition, traditional monarchies have been distasteful for the friends of Revolution because those did respect society and the Law of God.

Then, the chaos has been very convenient to justify their destruction of society. Propaganda and agitation have been extremely useful for them.

When it comes to the principle of rule, there must be a moral code that rules the interactions of a spontaneously ordered society with liberty to do good actions.

Intermediate bodies as neighbor communities, families, churches, guilds and municipalities have the right to define certain norms and rules.

The problem comes when, instead of repressing, correcting, and penalizing any individual bad action, rules serve to nullify, dominate, strangle, ruin and oppress us.

So, taking into account that “all roads lead to Rome,” we should reconstitute the divine natural order as in praise social sovereignty according to the well-understood principle of subsidiarity.

We should mistrust the Leviathan, which is a coactive and monopolistic mechanism to impose an artificial, materialistic, and atomist order that wants us to be submitted to Lucifer’s servitude.

A word of caution: If somebody is going to make a nuance regarding multi-national corporations, it should be reminded that oligopoly and monopoly are promoted by the state while the problem is that there are some big businesses that are more interested in politics and ideologies than in social satisfaction through the market.

Finally, I insist that the order, the well-understood rule of law, and the authority are not of the interest of revolutionary mobs that act against God. We should advocate for tradition and not misunderstood liberty.