Pope Francis Wants to Tweak the Our Father 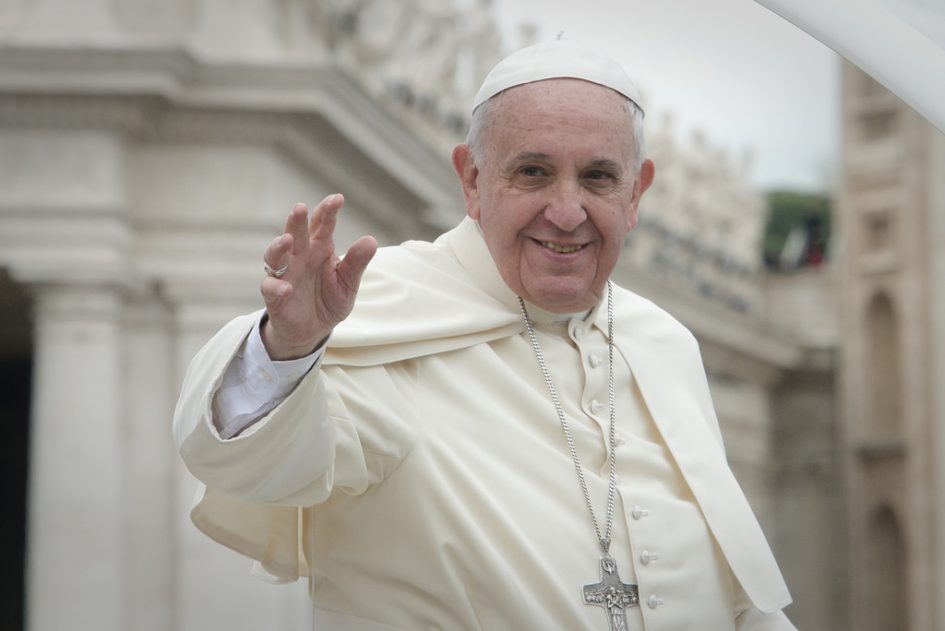 Pope Francis thinks the Church should tweak the translation of the “Our Father” to clear up the confusion around the phrase “lead us not into temptation.”

“That is not a good translation,” the pope said in a interview on Wednesday night with Italian television.

A possible alternative is the phrase “do not let us fall into temptation,” which is currently used by the French church. In his interview, Pope Francis suggested that phrase could be adopted more widely.

Our Father who art in heaven, hallowed be thy name. Thy kingdom come. Thy will be done, on earth as it is in heaven. Give us this day our daily bread; and forgive us our trespasses, as we forgive those who trespass against us; and lead us not into temptation, but deliver us from evil.

which follows the Vulgate closely:

Let no one say when he is tempted, “I am being tempted by God”; for God cannot be tempted by evil, and He Himself does not tempt anyone.

But Paul (I Corinthians 10:13) has a slightly different take:

No temptation has overtaken you but such as is common to man; and God is faithful, who will not allow you to be tempted beyond what you are able, but with the temptation will provide the way of escape also, so that you will be able to endure it.

And we know that Abraham was certainly brought to the point of killing his only child, presumably by God.

The line in question is found in both the Gospel of Luke and the Gospel of Matthew. Thomas Stegman, S.J., a Biblical scholar at Boston College, says the original Greek is the same in both cases.

The Greek verb for lead is “eisphero” and the original Greek word for testing or temptation is “peirasmos.”