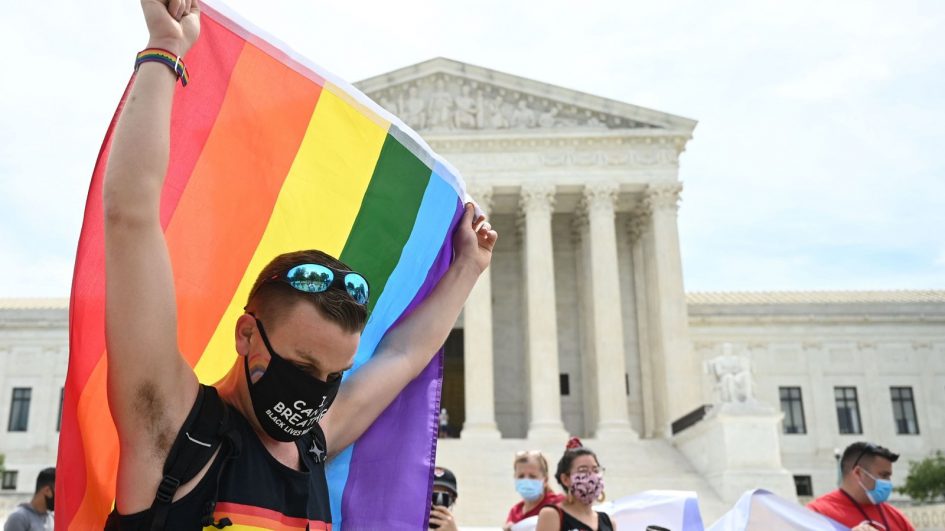 “An employer who fires an individual for being homosexual or transgender fires that person for traits or actions it would not have questioned in members of a different sex. Sex plays a necessary and undisguisable role in the decision, exactly what Title VII forbids,” Justice Neil Gorsuch wrote.

In the dissent, Justice Samuel Alito explained that sex and sexual orientation are not the same thing and no one at the time of the Civil Rights Act passing in 1964 would have thought that:

The Court tries to convince readers that it is merely enforcing the terms of the statute, but that is preposterous. Even as understood today, the concept of discrimination because of “sex” is different from discrimination because of “sexual orientation” or “gender identity.” And in any event, our duty is to interpret statutory terms to “mean what they conveyed to reasonable people at the time they were written.”

This ruling will certainly have an impact on religious organizations that seek to hire people who adhere to their religious precepts such as Catholic schools.

For instance, in 2018, The Archdiocese of Miami fired first-grade teacher Jocelyn Morffi after she married a woman. Archdiocese spokeswoman Mary Ross Agosta explained, “As a teacher in a Catholic school, their responsibility is partly for the spiritual growth of the children,” Agosta said. “One has to understand that in any corporation, institution or organization, there are policies and procedures and teachings and traditions that are adhered to. If something along the way does not continue to stay within that contract, then we have no other choice.”

The Supreme Court ruling makes it illegal for entities such as the Archdiocese of Miami to exercise their freedom of religion.

As in other dubious rulings recently, the Court pits artificial rights created by the state against God-given Natural Law rights.